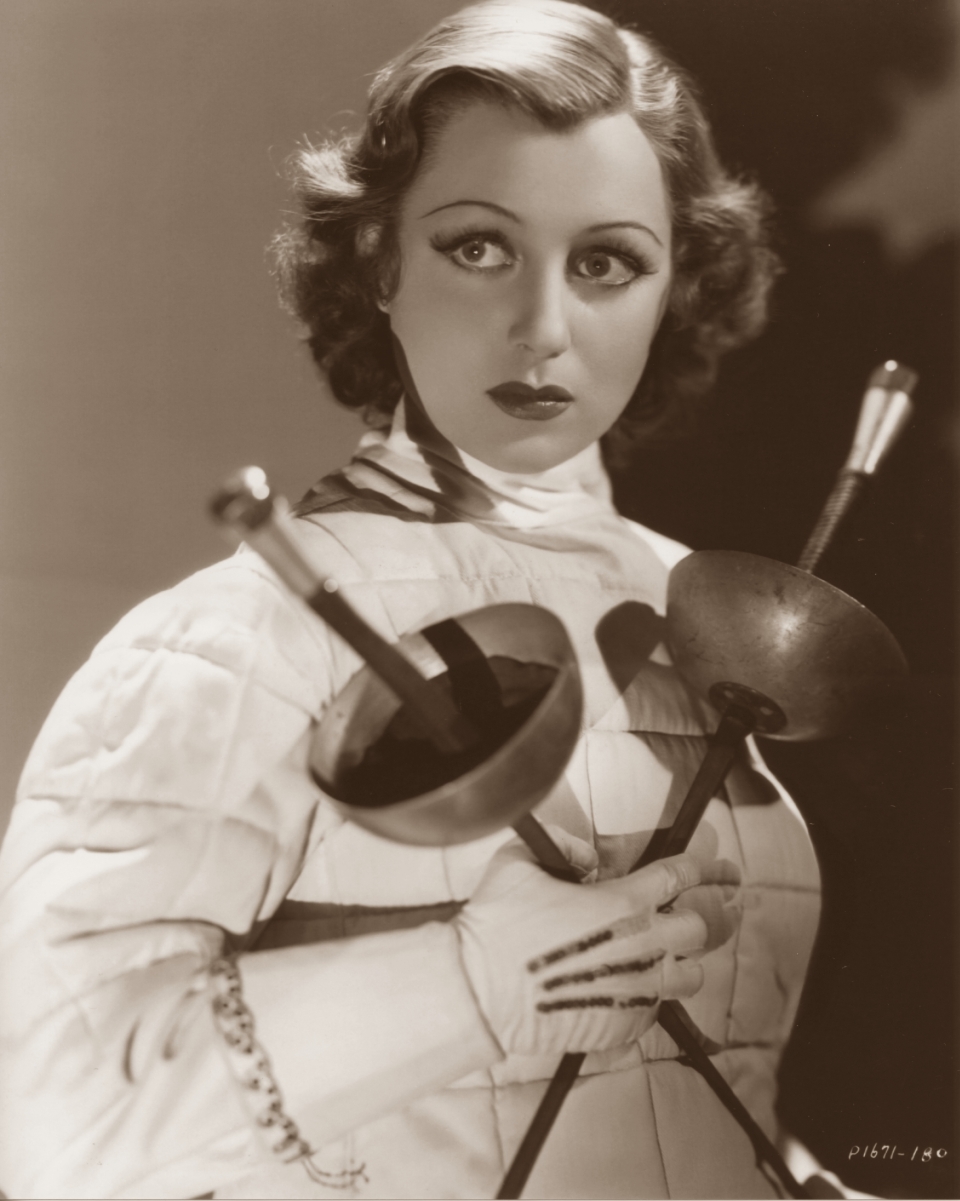 A quick post on women and epee fencing, inspired by the photograph of Frances Drake above. She was a Hollywood actress (or actor, if you prefer more modern usage) from the 1930s. The photograph dates to 1934, although I’ve been unable so far to identify the film for which this and similar publicity stills were made. I’d like to, for the the photograph is unusual in that it shows her with epees, not foils.

Until the 1980s, women were not permitted to fence epee in competition due to a patronizing chauvinism (I suppose all chauvinism is patronizing, though) that decreed that women were (1) too weak to fence epee, or saber for that matter, and (2) shouldn’t be fencing epee or saber which were originally dueling arms, therefore “man’s weapons.”

The attitude persisted well into the 1980s and even beyond with some male fencers and fencing masters. Around 1980 I had some lessons from a famous epee master, and as I walked on the strip epee-in-hand for his first epee lesson of the day, and my first with him ever, he smiled and said, “Ah, finally a man’s weapon!” In part he meant it as a compliment in that I was fencing epee, not foil, and therefore as a bit of a dig at foil as well. Still, the comment is instructive and indicative of the attitude at the time. In his defense, most fencing masters would not teach epee or saber to women at the time, even if they believed them suitable to the weapons, for there were no competitions in them available to women, certainly not at the national level. 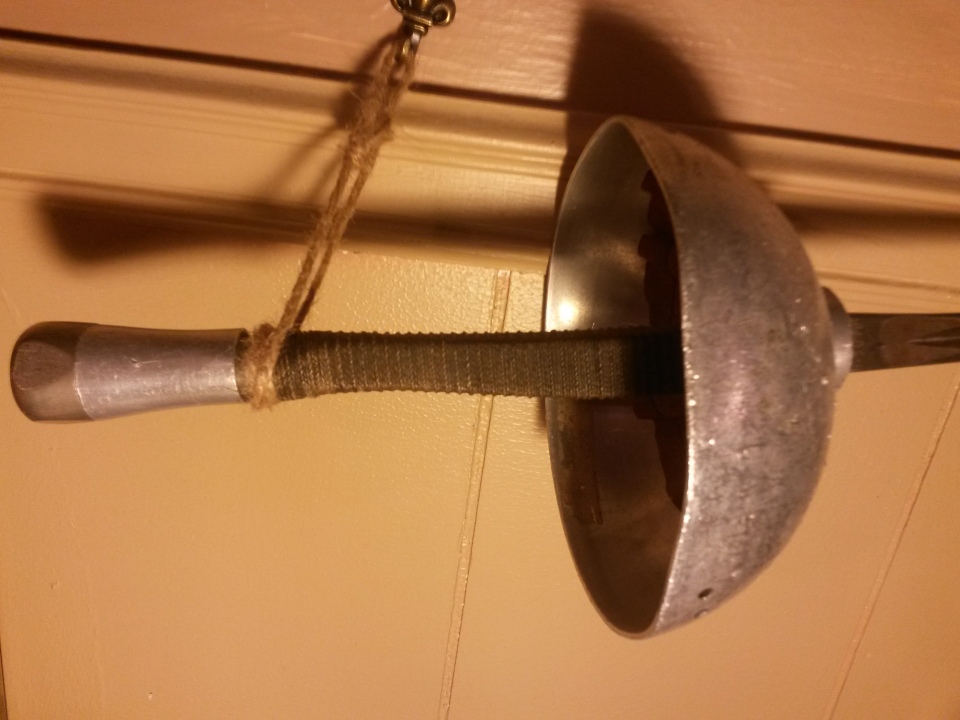 A Castello practice epee in my collection, complete with point d’arrêt and a guard quite torn up by the points d’arrêt of numerous adversaries. The wide bell guard originally supported a short-lived French-Italian combination grip, one with an Italian crossbar connected to a French grip. It was listed in the Castello catalog as a “French-Italian Duelling Sword.” An epee with a screw-on pommel was up to this era known as an épée démontable or “interchangeable epee,” as Félix Gravé describes it. Not only was it easier to replace broken blades, but the practice blade could be exchanged with a real blade in case of a duel, making the transition from practice weapon to real one less likely to affect grip, balance, &c.

Of course, more than three decades of women fencing epee and saber have disproved any such absurd notions that women can’t manage these weapons. Just fence my wife sometime if you don’t believe me.

Recently, I obtained a copy of Fencing Comprehensive by Félix Gravé, published in 1934. In it he makes reference to women epee fencers, in particular to how they should dress when fencing epee, clearly indicating that some women did indeed fence epee in the 1930s, and not just Ms. Drake in a Hollywood photo shoot. The fact that there were women epeeists in the 1930s pleases me inordinately.

From Fencing Comprehensive by Félix Gravé, 1934.

As for the epees Ms. Drake is holding, they’re probably Castello epees. The guards appear to be aluminum with steel reinforcements. In the 1930s, epee guards were usually made either of rolled steel or of aluminum, with either flat steel reinforcements, as with hers, or angled washers made of either steel or aluminum, as in the image above. The pommels are two-piece, of aluminum and brass, again as in the same image.

Drake’s fencing jacket is quilted, a type difficult to find anymore although once common. The last I saw for sale from major vendors was in the early 1990s. The glove is decorated and might not actually be a fencing glove–epee gloves at this time had leather palms and fingers with “sailcloth” backs and cuffs.

As for women epeeists today, of the five epeeists I consider to have been the greatest in the past century, two of them are women: Timea Nagy of Hungary and Laura Flessel-Colovic of France. Frankly, I prefer women’s epee, for it balances technique with tactics, with speed and strength in support. Too many male epeeists try to reverse this, putting technique and tactics as subordinate to speed and strength. Usually they would fence better if they’d follow the practice of most women epeeists.

My wife, on the left, competing in Colombia a few years ago.